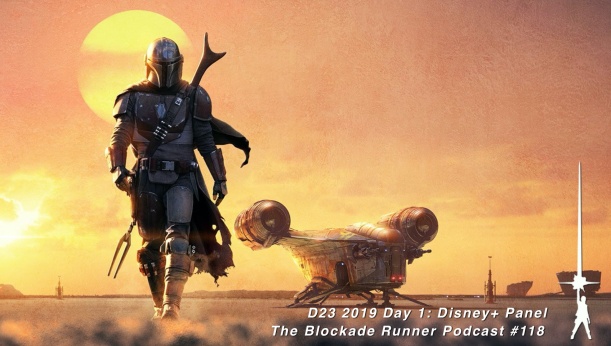 Day 1 at D23 2019 was absolutely packed with exciting Star Wars content and announcements! We discuss it all in detail including Clone Wars season 7, the Cassian/K2 show, The Mandalorian trailer, and of course the Kenobi announcement we’ve been theorizing about for years.

After what has felt like a considerable draught in major Star Wars news this summer, this week’s show is packed with rumors and speculation about The Rise of Skywalker, Rian Johnson’s upcoming Star Wars film series, a possible (likely?) return to the role of Obi-Wan Kenobi for Ewan McGregor in a Disney + series, and our reactions to the Star Wars Resistance season two trailer. So much to cover and quite a lot to say about each topic in this extra-large episode of the Blockade Runner Podcast.

Ryan’s audio this week is coming from Skype as his local recording malfunctioned, so if you notice that it sounds a little off, that’s why and we’re working on it and will hopefully have things back to normal next week.