Check out the first 30 minutes or so of Star Wars on the NES in our second (and last) Blockade Runner Plays video for our Power of the 90s series covering 1990/1991. I play from the start of the game up through the first part of the Death Star, so the video provides a pretty solid look at the first third or so of the game.

I’m also including Nintendo Power’s coverage from its September 1991 issue (Volume 28, the rest of which you can read here on archive.org). It’s a fun look at what games coverage, Star Wars or otherwise, was like in 1991 and it’s also super helpful if you want to play some NES Star Wars yourself! 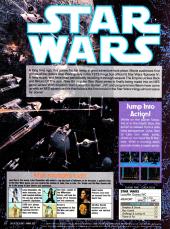 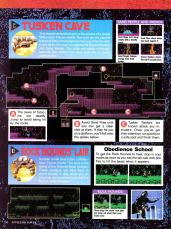 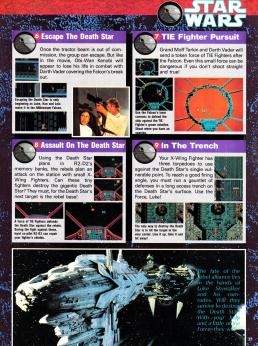 The game’s manual also includes some helpful info as well as some fun graphics and character write ups (Star Wars’s manual can be found at Digital Press’s site which also includes a ton of other game manual scans for numerous consoles). You can also click on the image below to view the entire manual as a pdf.

You can also find some information about the hint book mentioned in the video here, or check out this eBay listing for the hint book (which includes a couple of pictures).

I just recently learned that there is a totally sweet tv commercial for the game too. Check out a dastardly Darth Vader taking on a super-heroic mom in this fantastic ad for the game:

While you’re at it, why not check out comedian Mario Cantone (for some reason) shilling for the game on some sort of video game-related tv show:

Finally, check out the Moby Games page for NES Star Wars for more info on the games development and release as well as screenshots from this and other versions of the game if you’re interested in the differences between them that I briefly mentioned in the video.

A few months ago (March 31st to be exact), my wife Lindsey and I attended the Star Wars Costume exhibit at the Denver Art Museum. The exhibit was classy and comprehensive, as you’ll see in the photos I took below.

END_OF_DOCUMENT_TOKEN_TO_BE_REPLACED

Ryan and John discuss the toy and book announcements coming out of San Diego Comic Con 2017. We weren’t planning on recording this show ahead of time, but the news from Hasbro and Lucasfilm publishing was too exciting not to talk about! Highlights and links below:

Ryan plays a few rounds of Star Wars Demolition, a Twisted Metal-style vehicular combat game released on the Playstation and Dreamcast in November of 2000, in our latest Blockade Runner Plays video. This genre was all the rage at the time and (as Ryan discusses in the video) Demolition looks pretty good even if its gameplay is just so-so. Check out the video for the crazy story featuring Jabba’s new, even more dangerous podracing replacement, cool character cameos, and a chance to see some wild Star Wars death race mayhem. 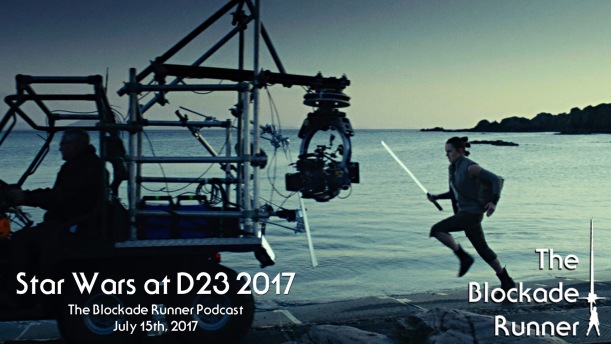 Join us as we discuss all of the news coming out of D23 2017 including The Last Jedi behind the scenes footage, new Battlefront 2 story info, and the reveal of the Galaxy’s Edge parks!

Behind the Scenes Video

Behind the Story video

Check out some video footage we put together of Attack on the Death Star for the Sharp X68000 as part of our Power of the 90s series. The game was released in Japan in December of 1991 and features an incredible wire-frame style look and some cutting edge (for the time) audio. It’s a super cool game that not many Star Wars fans in the west seem to have experienced, but it’s totally worth checking out either through this video or with your own play-through if you can track it down! 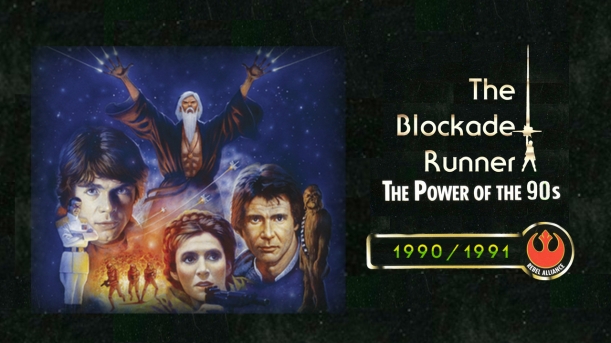 Ryan and John discuss the Star Wars books, comics, toys, and games from 1990 and 1991 in our new monthly Star Wars: The Power of the 90s series! We take a look back at Heir to the Empire, Star Wars on the NES and Sharp x68000, and the West End Games Star Wars releases from 1990. Subscribe on YouTube and stay tuned to blockaderunnerpodcast.com for more videos and podcasts devoted to all things Star Wars in the 90s!

The Game Chambers of Questal

Escape from the Death Star Adventure Board Game

Heir to the Empire