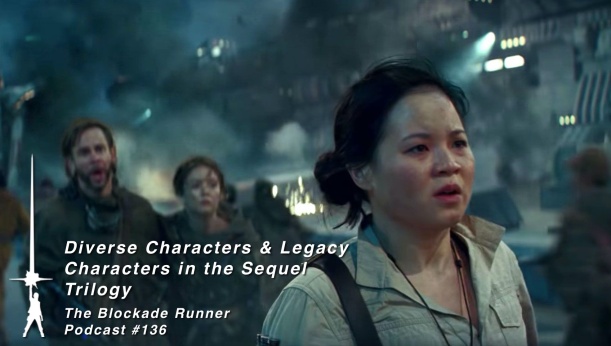 Ryan returns in this second post-TROS episode to weigh in on diverse characters and representation in the sequel trilogy. We spend the second half of the show deciding whether or not we believe Han, Luke, and Leia’s stories were more satisfying at the conclusion of the OT or the ST. Plus we throw in a little holiday cheer at the start of the show by chatting about how Star Wars made its way into our Christmas gatherings. 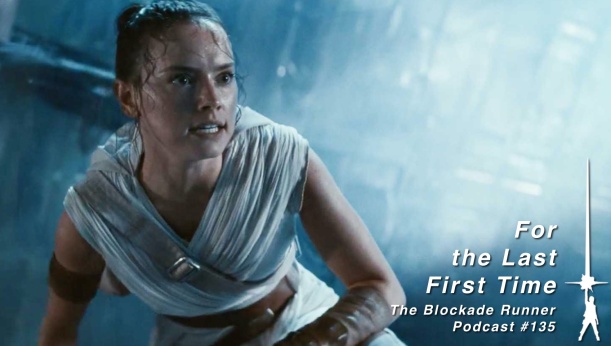 TROS Spoilers abound as we continue our tradition of putting out an immediate reactions episode with terrible audio quality and terrible blues music pumped your way from a recording done at a local bar. John, Jeremy, Dan, Kevin, and Bart bring you an informal, loose discussion of our first thoughts on the movie. We’ll be back later in the weekend with a higher audio quality, more organized look at the movie (featuring Ryan who’s absent from this recording). 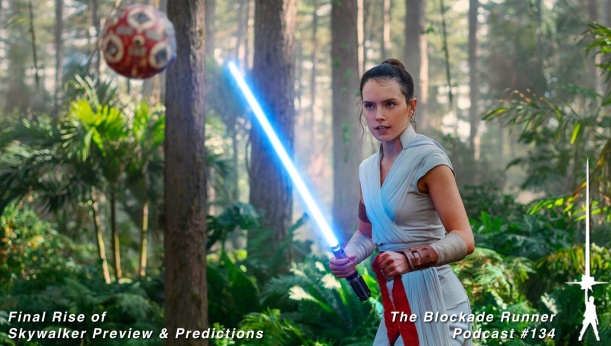 There’s only a few days left until the release of The Rise of Skywalker and the end of the Skywalker Saga and this episode features our final predictions about what the movie will be. We start with a brief look at The Mandalorian Chapter 6 but after that it’s all TROS. Highlights include predictions about Rey, Kylo, Rey and Kylo, Bendemption, the balance of the force, chosen ones, stormtrooper rebellions, and so much more. We discuss everything that’s been released by LFL, so if you’ve been avoiding tv spots or trailers, tread lightly. 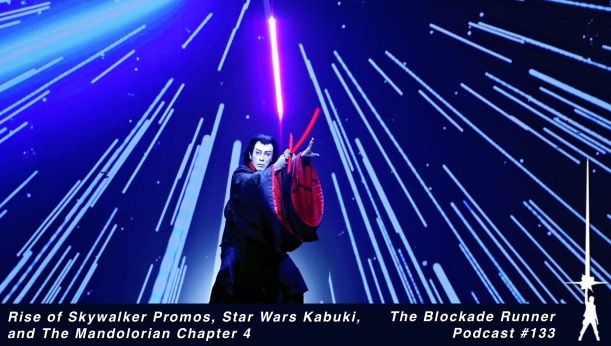 Lucasfilm continued to release TROS tv spots and promo videos this week, so we share our favorite moments as well as debate the merits of nostalgia in these recent marketing efforts. We then discuss the recently streamed Star Wars kabuki performance (with help from friend of the show Dave Hackerson) before wrapping up the show with our reactions to The Mandalorian Chapter 4.

Dave’s Comments Re: the Kabuki Performance:

“Ebizo, Japan’s leading Kabuki actor, really went the distance with this adaptation and stayed true to the art form, giving the characters original Japanese names that resemble their English equivalents. I especially liked how he adapted Luke=Ryuku. The kanji he selected for that adaptation was 流空. The first character “ryu” means “to flow (like water)”, while the second character “ku” is for “sky” (it also means “void” as in “emptiness” in Buddhist contexts). Seeing those two characters, I instantly recognized he was conveying the meaning of “Skywalker”. Keep this note about the name adaptations in mind when you read the opening crawl, as they are spelled out to match the pronunciation of the corresponding kanji characters used in Japanese. The first 15 minutes are an introduction, in which the host speaks with 3PO, R2, and BB8 to discuss the basics of Kabuki (the set poses characters do to emphasize key moments in the plot, the involvement of the audience, etc.). The actual performance begins around the 17:00 mark…

In his introduction from around the 13:30 minute mark, Ebizo describes how George Lucas was inspired by Japanese culture, and that a Kabuki interpretation of SW was in a way returning the saga to its roots. He talked about how Star Wars is a family story of love and loss. Narrowing his focus to Kylo (Kairorennosuke in the play), he went with three scenes where that sense of love or loss can be felt: Kylo and Han, Kylo and Snoke, and Kylo and Luke…

The child that appears in the play is Ebizo’s son. Children born into a kabuki family are raised to carry on that legacy. Next year Ebizo will take on the name “Danjuro”, which is the traditional name of his family line of actors (Ichikawa family). He will be the 13th Danjuro, and most likely his son will one day be the 14th. In the play, his son plays the role of the young Ben Solo that still resides deep within Kylo. The hair buns are a nice visual reference to remind us of who his mother is, with the white clothing referring to the hope that he once represented…

Ebizo really took this adaptation seriously, saying “It was a real challenge because I wanted to showcase the essence and allure of Kabuki, but at the same time do the saga justice. I didn’t want to betray Star Wars fans.”