Inspired by the recent D23 Rise of Skywalker trailer, this week we’re taking a look back at each of the saga films’ teasers. We discuss the evolving art form of movie trailers, which teasers most accurately reflect the films they’re advertising, and why watching the Attack of the Clones and Force Awakens teasers is such a transcendent experience. 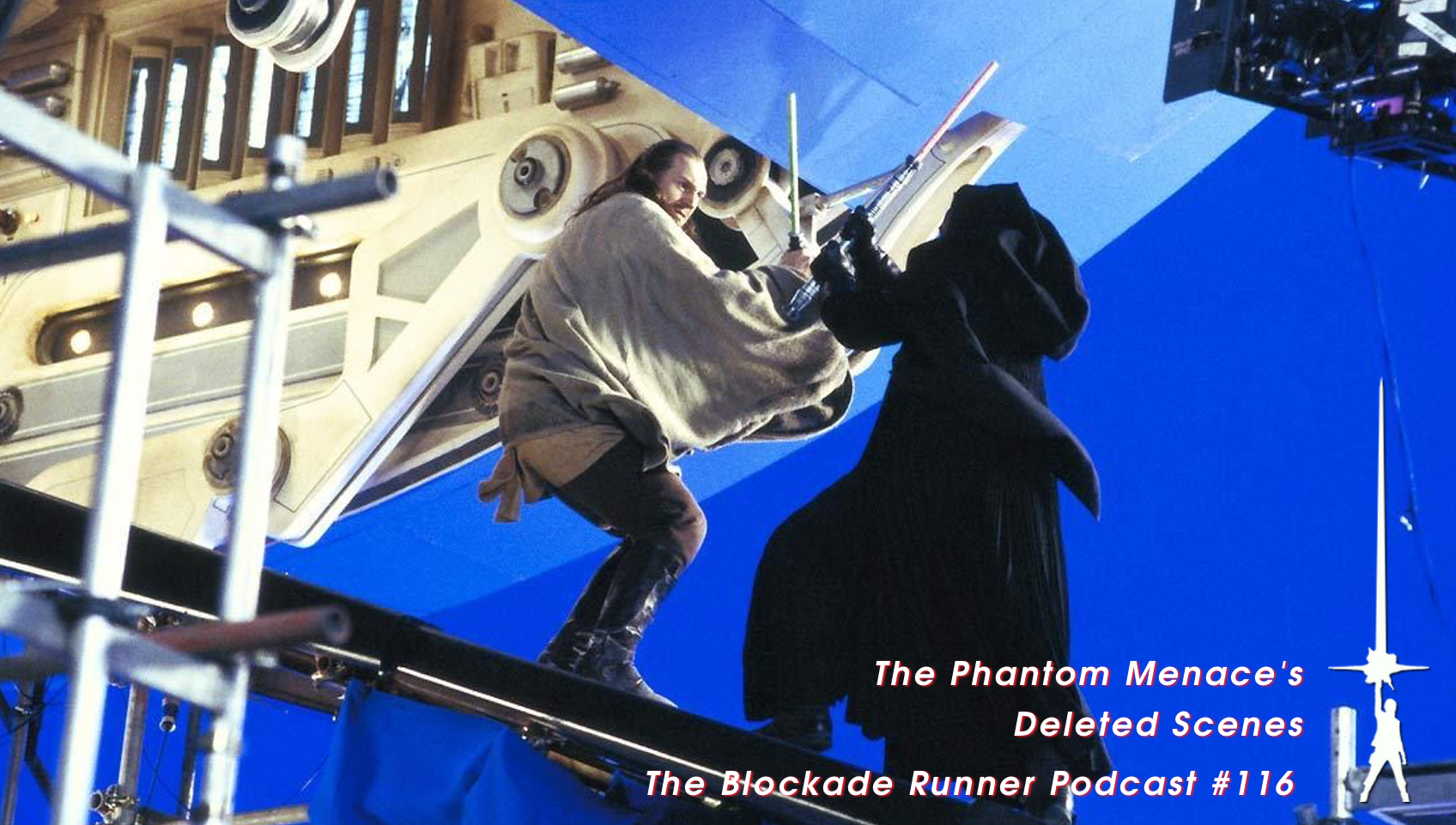 News for this week’s show includes the launch of Star Wars Roll Out, John’s thoughts on the recently released Star Wars: Myths and Fables, Ryan’s review of the Age of Resistance special, and a rumored rerelease of all 10 saga films on blu ray this fall. We discuss all of The Phantom Menace‘s deleted scenes for our primary topic this week in the back half of the episode.

Unfortunately we have some sound quality issues on this episode that we’re not able to correct in post-production. It’s listenable, but not representative of the usual sound quality level of the show. Next week should be back to normal.

We love The Phantom Menace and couldn’t pass up the opportunity to celebrate its 20th birthday. This episode is all TPM, so join us as we look back at the movie’s marketing and merchandise, our favorite TPM moments, and the film’s legacy. 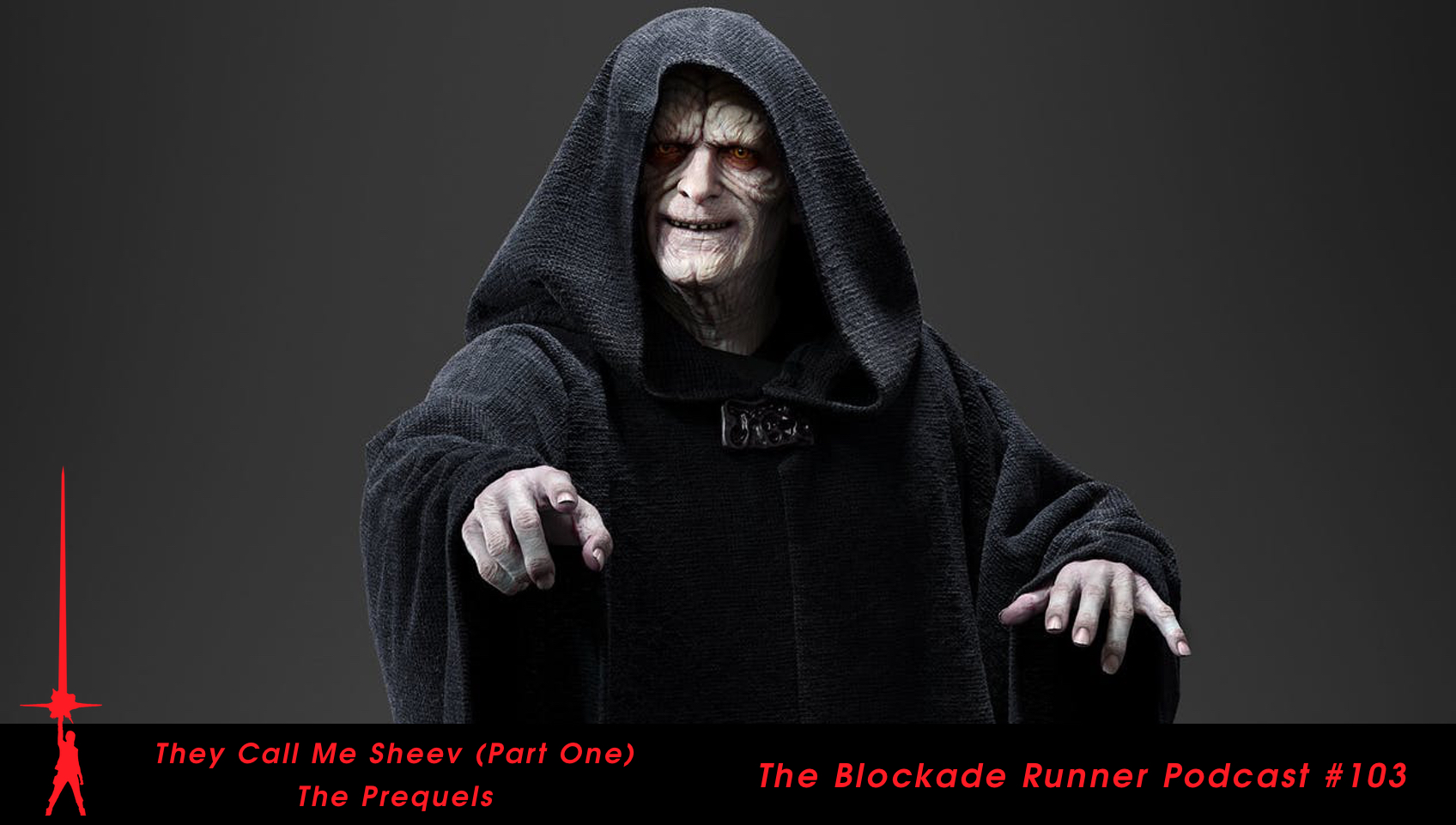 We planned on doing one show covering Palpatine’s machinations, but in typical us fashion we recorded for almost two hours and only made it through the prequels. Whoops. We’ll be back next week with a second chapter in our look at Palpatine’s orchestration of the events of the original and sequel trilogies, but for now enjoy our rundown of the quintessential Sith Lord’s evil plans, mystical powers, and tyrannical control over the lives of his unsuspecting victims during the prequel era.

We start this week’s episode out by sharing our appreciation for Topher Grace and Jeff Yorke’s Star Wars: Always before moving onto breaking down last week’s Galaxy’s Edge impressions and updates (via Anthony Breznican and EW). We wrap up this (long) show by discussing the recent panels and guests announced for Star Wars Celebration Chicago.

Also, John takes a weird heel turn during our discussion of Galaxy’s Edge selling generic Jedi robes. Sorry about that. 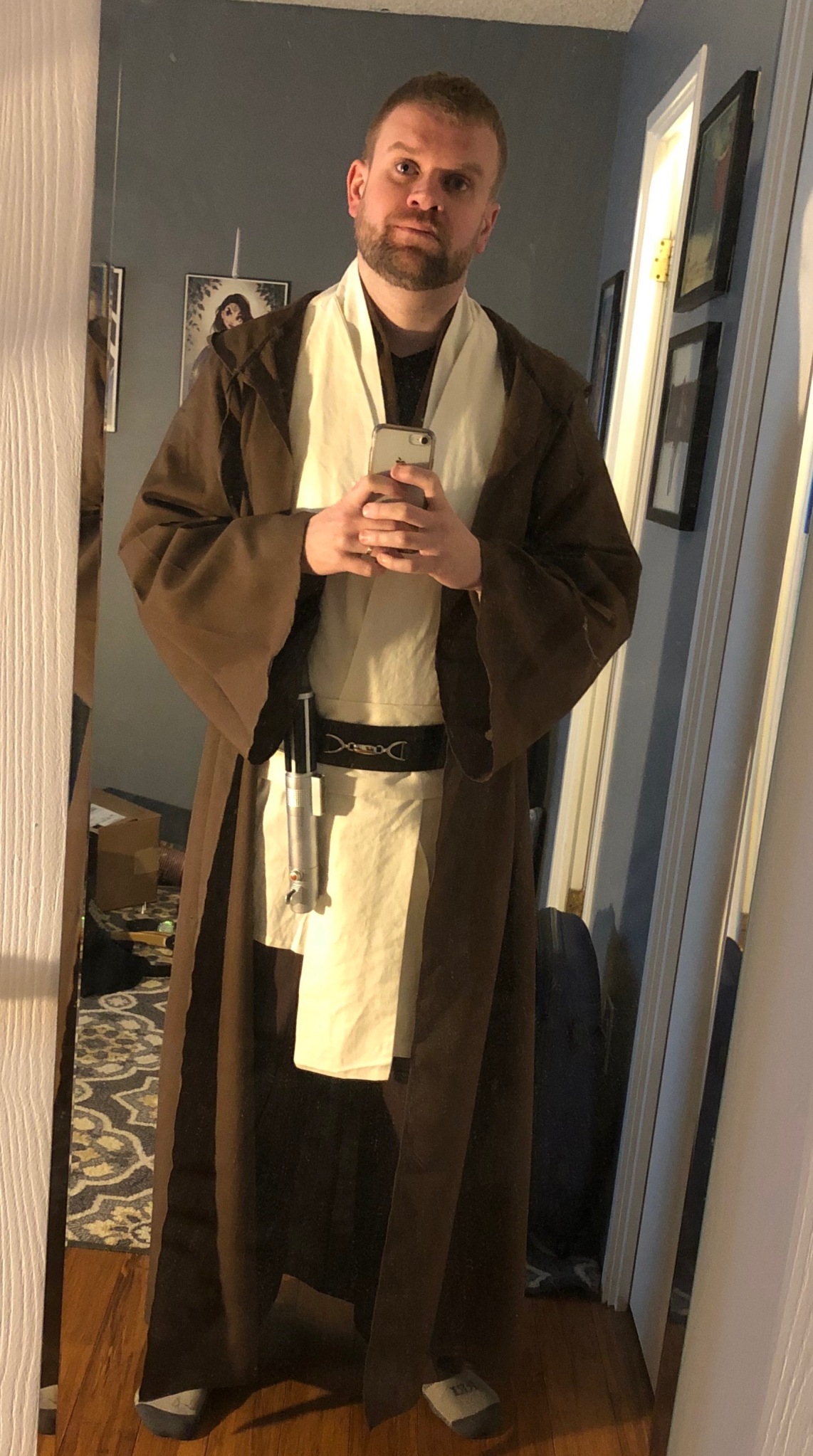 Don’t forget that the audio podcast features chapter markers if you want to skip to a specific section and as always, we welcome feedback at blockaderunnerpodcast@gmail.com or on Twitter at @blockaderun.

We’re back with part two of our discussion of all things Star Wars in 1997. Episode #91 features our look back at the books and toys released in ’97 as well as notable events like the founding of the 501st and the debut of the Star Wars: The Magic of Myth museum exhibit (plus some pretty sweet Taco Bell ads in the audio podcast).

Don’t forget that the audio podcast features chapter markers if you want to skip to a specific section and as always, you can share your favorite Star Wars memories from ’97 or any Star Wars feedback by sending us a message at blockaderunnerpodcast@gmail.com or on Twitter at @blockaderun.

1997 was a HUGE year in Star Wars; so huge in fact that we’ve ended up breaking our Power of the 90s episode for ’97 into two parts. Episode 90 features our discussion of the Special Editions’ theatrical and home video releases, The Phantom Menace beginning filming, and the video games and comics released that year as well.

Also, we’re using chapters in our audio files now, so you can jump around to the segments you’re most interested in if your podcast app supports them. 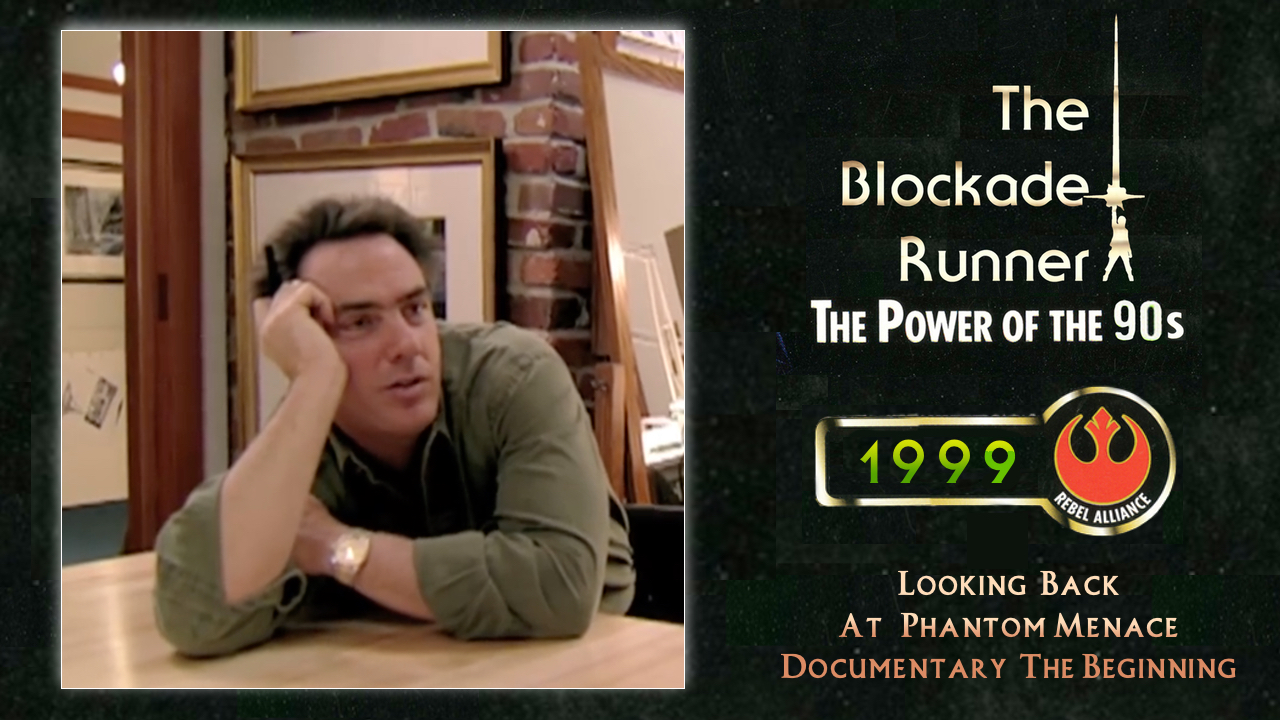 This week we kick off our Power of the 90s shows covering 1999 (weirdly before we’ve done 1997 and 1998…whoops) by taking a look back at the incredible Phantom Menace documentary The Beginning. Join us for Jar Jar puppets in the back of Toyota pickups, Rick McCallum’s charismatic cursing, heavy Jake Lloyd and George Lucas appreciation, and a whole lot of discussion of the podrace sequence.

The Phantom Menace turns 17 this month and we took the opportunity to discuss our favorite things about the movie (there’s lots) in this episode of The Blockade Runner! We start with the promotional tie-ins and marketing leading up to TPM‘s release before jumping into the film itself. Join us to remember why you loved The Phantom Menace in 1999 even if you’ve forgotten along the way why you did!

eBay listing for a complete set of Episode I Pepsi cans!