This episode features our discussion of Andor episodes 7 and 8, an insightful message from our friend Dave Hackerson about Andor’s commentary on real world colonialism, and our thoughts on Tales of the Jedi.

We discuss the trailers, announcements, and reveals from D23 before discussing our favorite moments from the Obi-Wan Kenobi: A Jedi’s Return documentary.

Ryan’s internet is out at the moment, but he texted me this pic of the Last Jedi line 3.75″ Yoda he found at Target this week! I’d only heard of those showing up at Wal-Marts so far, but looks like you’ll be able to grab him and the new Obi-Wan everywhere soon. 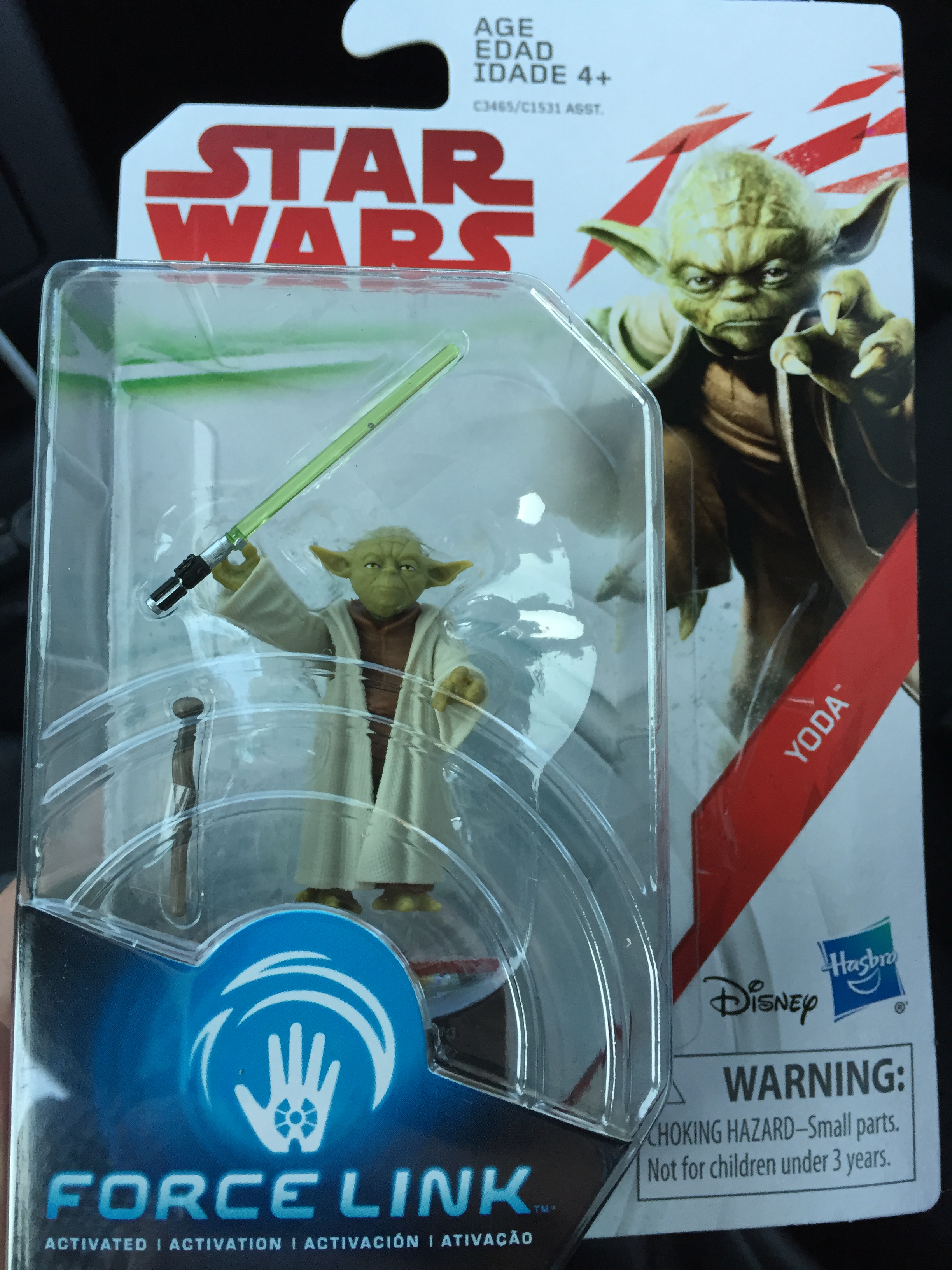 First, and most exciting this week, is actually a gift I picked up for my brother Jason’s birthday. Jason and my sister-in-law Erin share my love of Blast Points, the preferred Star Wars podcast of our entire family. We often end up messaging each other our favorite Blast Points moments after each new episode drops, so I bought a Chewie painting from host Jason Gibner’s Etsy shop. Even though I gifted it to Jason, I’ll definitely be placing another order from Jason’s shop soon, and you should too. You can even grab a Blast Points shirt while you’re there. 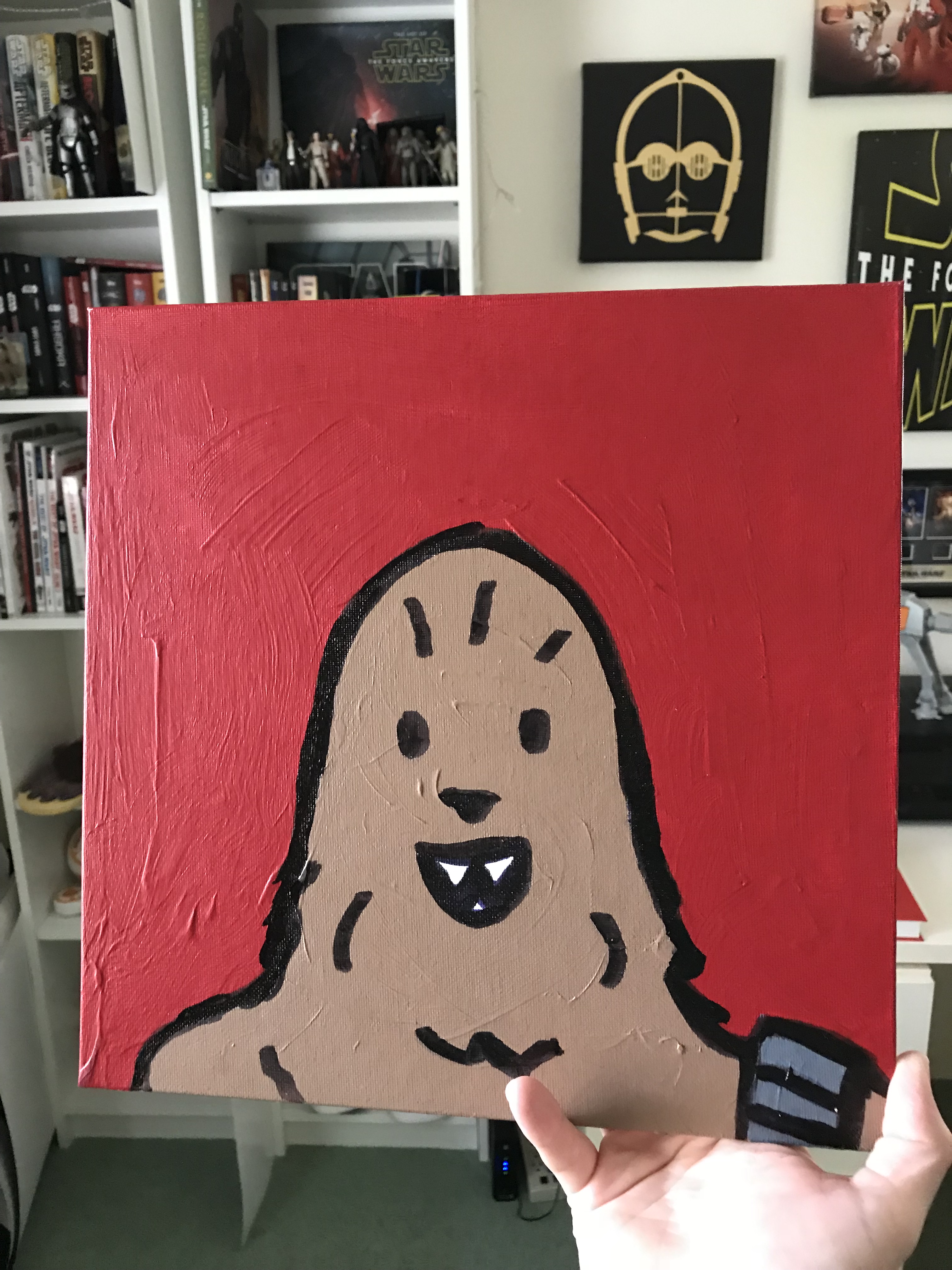 Ryan is awesome and he sent me the much-coveted Disney Store porg coffee mug!

Birthday Presents for My Son

My youngest son turned four this week and while he mostly wanted Ninja Turtle stuff, we snuck a few Star Wars treats in there for him too.

Chewie mask (that’s my mouth inside Chewie’s mouth there)! 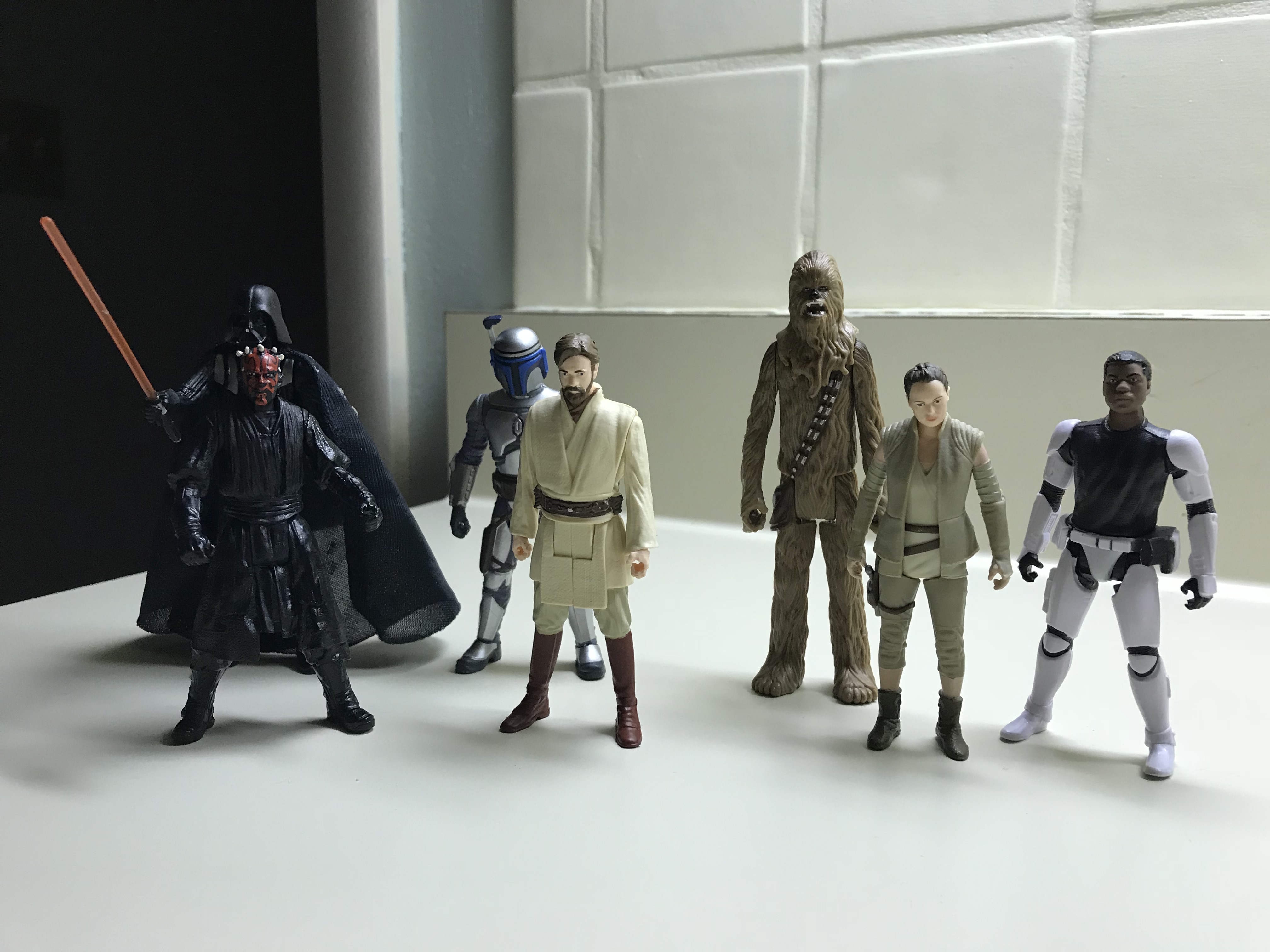 Target exclusive 3.75″ 7-pack set! This photo is a bit of mash up though as it’s missing the included RotJ Luke Skywalker and Finn from the Vs. pack with Phasma is there in his stead.

So I’ve been getting kinda into Lego recently…