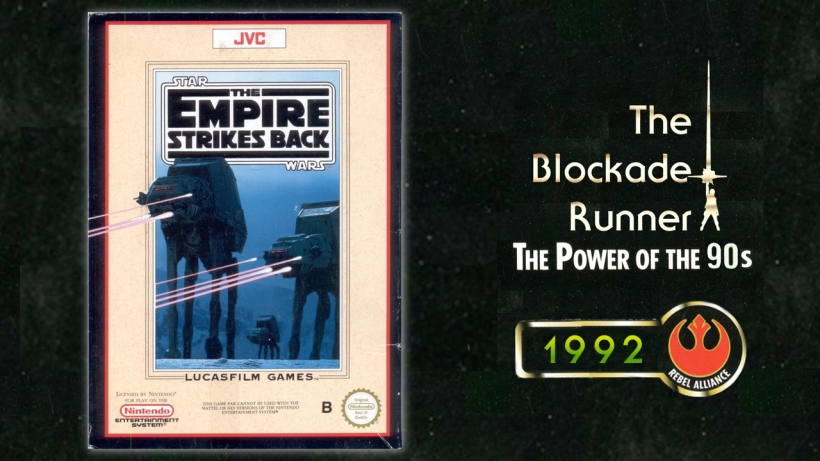 The Empire Strikes Back on the NES is first up for our Blockade Runner Plays videos for covering 1992 for The Power of the 90s. Our play through covers the first 30 minutes or so and features some ice cold 8-bit gameplay in Hoth’s icy caves, battlefields, and bases.

These pages from the March, 1992 issue of Nintendo Power provided some helpful tips to players getting their hands on Empire when it originally released, but I found them pretty helpful all these years later too. Empire didn’t get the Nintendo Power cover for this issue, but Darth Vader does grace the cover of the November, 1992 magazine (more on that in our next Blockade Runner Plays).

Click the image below for a gallery featuring the Nintendo Power images (or open them individually at full size from there if you’d like a closer look). 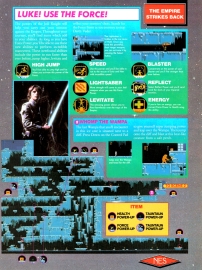 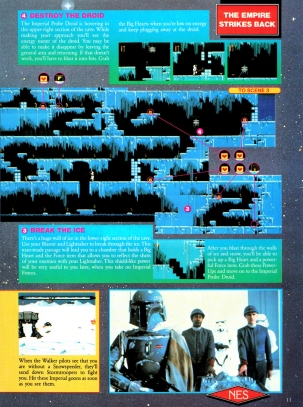 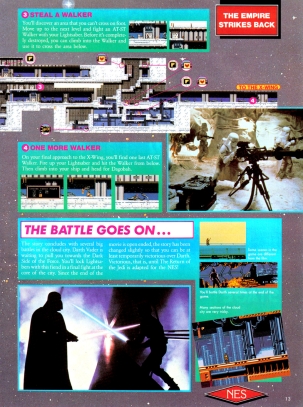 I’m also including a pic of the NES cart from Moby Games, but follow the link to their site for more developer and publisher info as well as screen shots, box art, and more.

Unfortunately I don’t have the manual on hand to scan, though I did find an advertisement for the Game Boy game (which Ryan grabbed a copy of recently). This version looks like it was published by Capcom in the U.S. and Ubisoft in Europe, but it was also developed by Sculptured Software and is presumably very similar to its NES counterpart.

NES Empire is definitely worth a look or play if you get the chance, and I definitely enjoyed my time with it, but as far as I’m concerned the Star Wars games main event would follow later in 1992. Stay tuned to our Power of the 90s coverage for 1992 as we’ll be diving into Super Star Wars next!