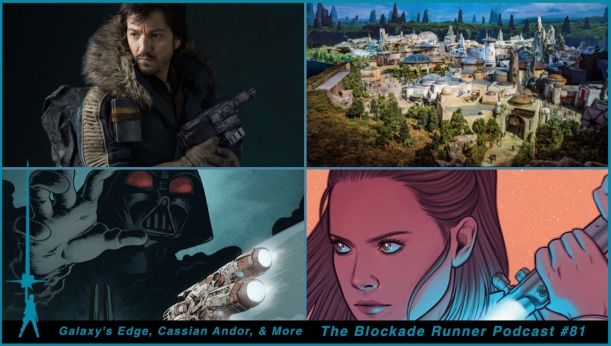 It’s been a few week’s since our most recent episode, so episode #81 finds us catching up on recent Star Wars news stories and releases. We first discuss John Williams’s Galaxy’s Edge themes and other park updates as well as the recently announced Cassian Andor series coming to Disney +. We tackle Women of the Galaxy and Tales from Darth Vader’s Castle #5 in the second half of the show.