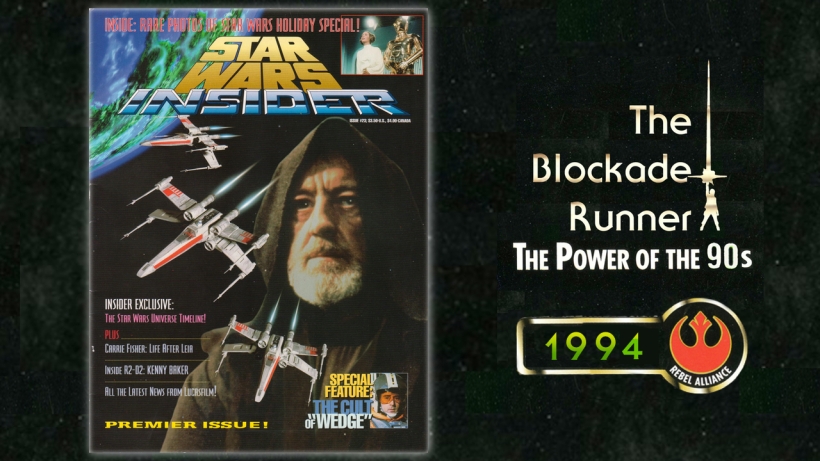 This week’s episode features a look back at the first issue of Star Wars Insider magazine published in fall of 1994. We discuss the early years of the magazine and its transition from the Lucasfilm Fan Club Magazine, some of our favorite merch in the Jawa Trader, and the qualities of the rare metal known as “pewter.”