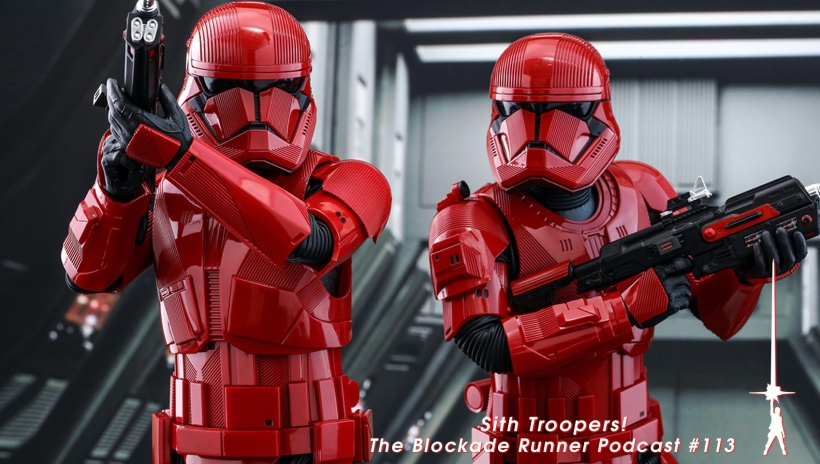 We kick this week’s show off with some follow up on our Galaxy’s Edge episode via some comments from our friend Jake and a look at Abigail Disney’s criticism of the company’s treatment of its park employees. The rest of the show is all about the recently-unveiled Sith troopers! We discuss the look, but more importantly, the name of these crimson villains and speculate about how they might fit into The Rise of Skywalker and exactly which Sith they may be working for…

For those who watch the show on YouTube, we’re experimenting with Google Hangouts alternatives (because Google is killing that platform at the end of this month) and unfortunately our first try didn’t work out. We’ll still post the audio to YouTube, but it’ll just be a static image for this week. Hopefully we’ll get the video side of things worked out for episode 114.