I’ve been looking forward to a Zeb-focused episode of Rebels ever since it became clear that season two would devote time to exploring each member of the Ghost crew’s history. “Legends of the Lasat” is potentially the best of these character driven episodes as it both further develops Zeb’s background and offers considerable contributions to the lore of Rebels as well as the new Star Wars canon. 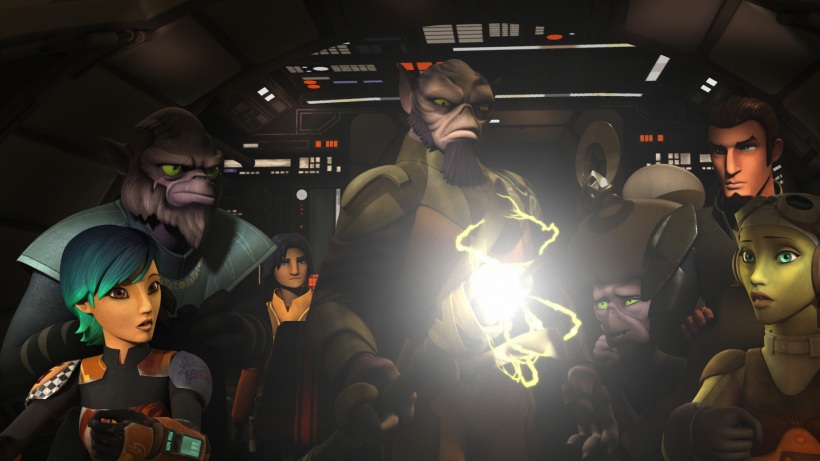 The episode’s climatic scene finds Zeb, his rebel friends, and two newly discovered survivors of Zeb’s people on a journey to a prophesied new home world for the Lasan. The shot above features Zeb using his bo-rifle to channel the Force/Ashla to safely guide the Ghost through a nebula as his friends look on in awe. The lighting in the shot is incredible, the energy emitting from the bo-rilfe is stunning, and each of the characters’ faces is wonderfully expressive. Zeb’s placement in the frame defines him as the clear leader here with the other characters supporting and contributing to his destiny. 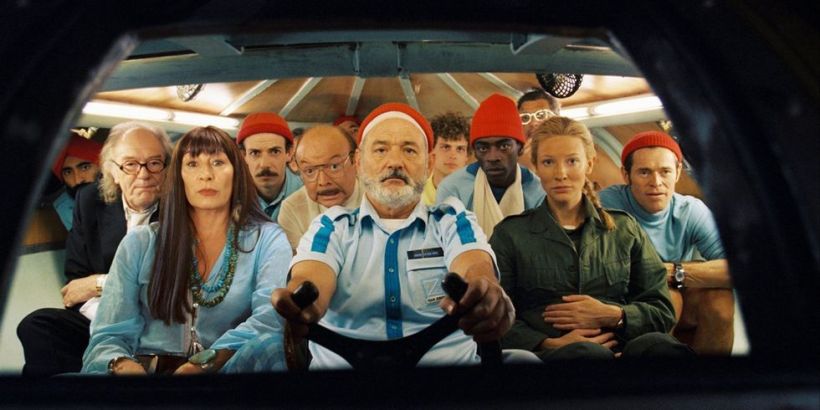 But as much as the shot stands alone as a powerful piece of visual storytelling, the more I thought about this moment and the way it was presented, the more it reminded me of a similar scene in Wes Anderson’s The Life Aquatic with Steve Zissou. A climactic scene in that film features the lead character Zissou surrounded by his friends as his journey in the film is completed. As the scene progresses, each of the characters places their hands on Zissou’s shoulders in act of support not dissimilar to Ezra and Kanan’s support of Zeb in “Legends of the Lasat.” While the similarities in framing are not necessarily indicative of the Rebels crew having been inspired by Anderson’s film, they’re at least an interesting coincidence demonstrating that the show’s visual design is thoughtful and cinematic.

I’m throwing in this additional shot of the aforementioned nebula because it’s one of the most stunning environments composed for Rebels so far. “Legends of the Lasat” was a truly beautiful episode and, as always, I’d encourage you to check out the episode guide on starwars.com for more screenshots and information. 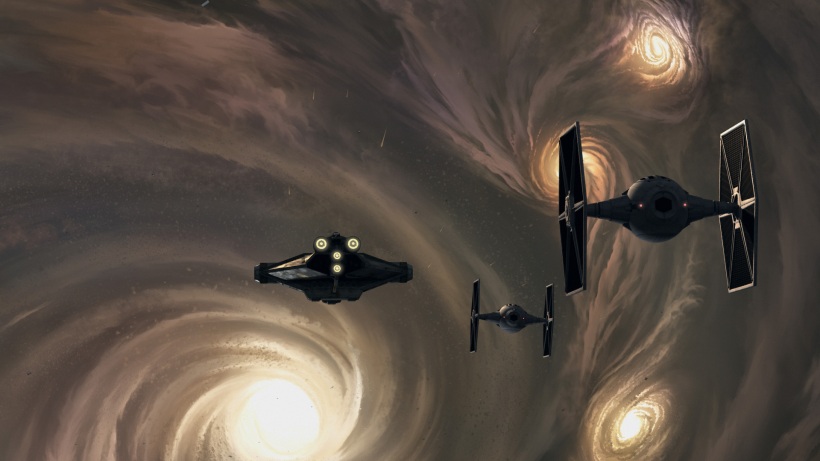